The first record is in the Boldon Buke, a survey and record of all the lands in the County of Durham. It was ordered by Prince Bishop Pudsey in 1183. There had been no Domesday Book for Durham. It is recorded here that Wolsingham had 20 villains who held 1 bovate of 15 acres each and did service to the bishop. There were, among others, three wood turners who rendered 3100 bowls to the bishop each year and Humphrey's son, who made ploughs, and Ralf the bee-keeper who held 6 acres.

When a visitor to Wolsingham Show arrives now at Harperley roundabout and faces west, the Wear Valley and Wolsingham lie ahead.

The first farm on the right, with its ancient house was mentioned in the Boldon Buke as being occupied by Roger of Bradley who paid 6/8d rent and did forest service for his tenure. It is now occupied by a member of the show society's committee.

One mile further west and the visitor arrives at the show site, 36 acres of flat river land, laid out with its trotting course and large marquees. It has good approaches and plenty of car-parking. There will be an air of bustle and excitement with horse boxes, land rovers, tractors and trailers bringing all kinds of livestock to the showground on the Saturday morning of the first weekend in September. 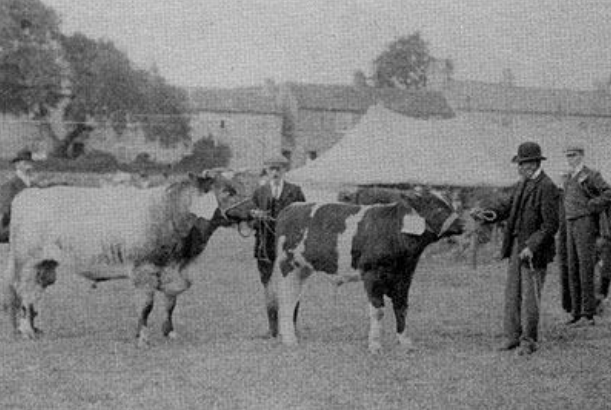